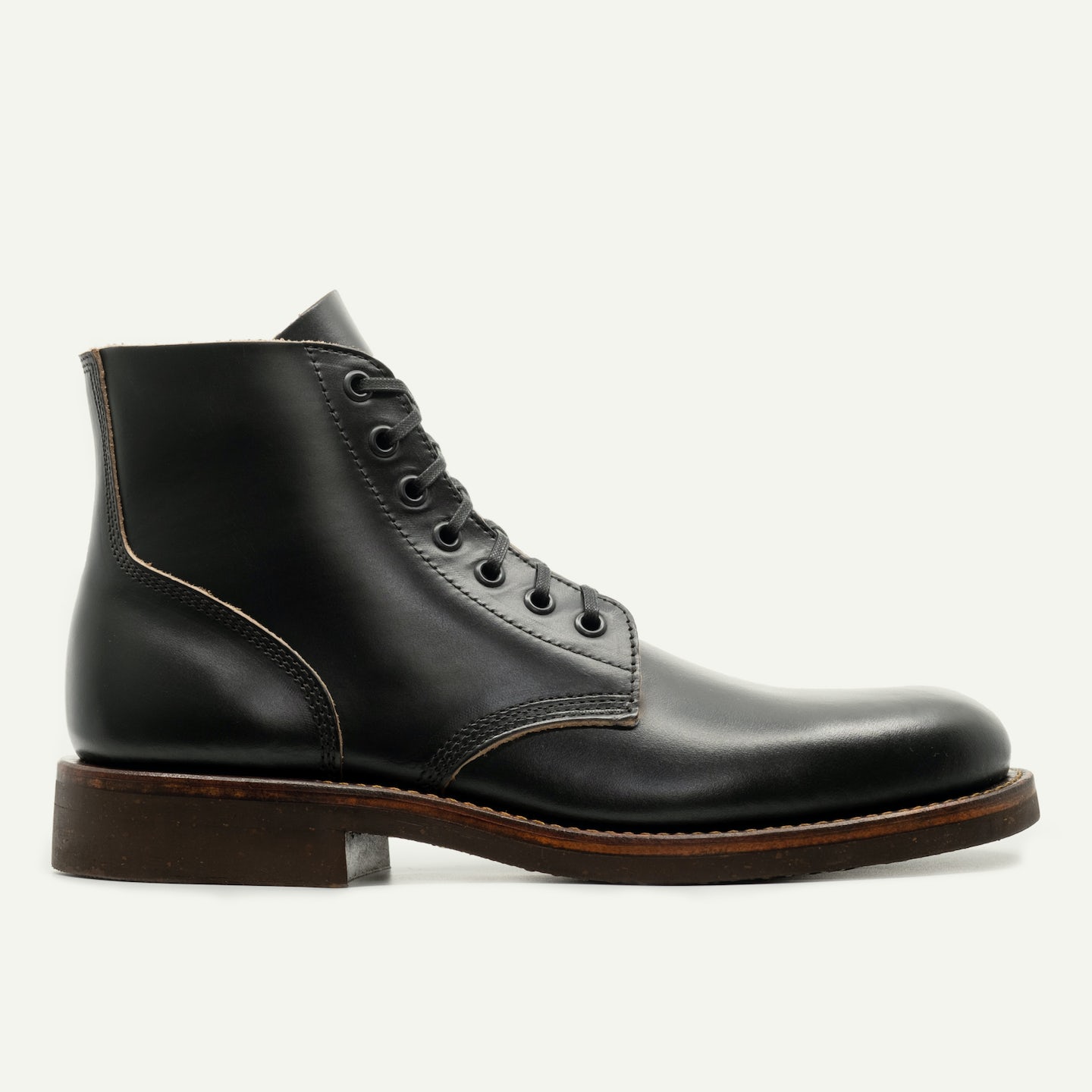 Vibram's non-marking, oil-resistant workhorse sole, infused with nitrile cork and stabilized with a steel shank for durability and comfort without compromise. Each sole is paired with matching Vibram 700 heel.

Chromexcel is made using proprietary techniques and formulas developed over 100 years ago in a factory still owned and operated by the Horween family in Chicago. It's characterized by a rich pull-up in full aniline, hand-rubbed finish, superior comfort, and durability. Chromexcel was made famous by its patina—the unique character of each hide which comes to life with wear. 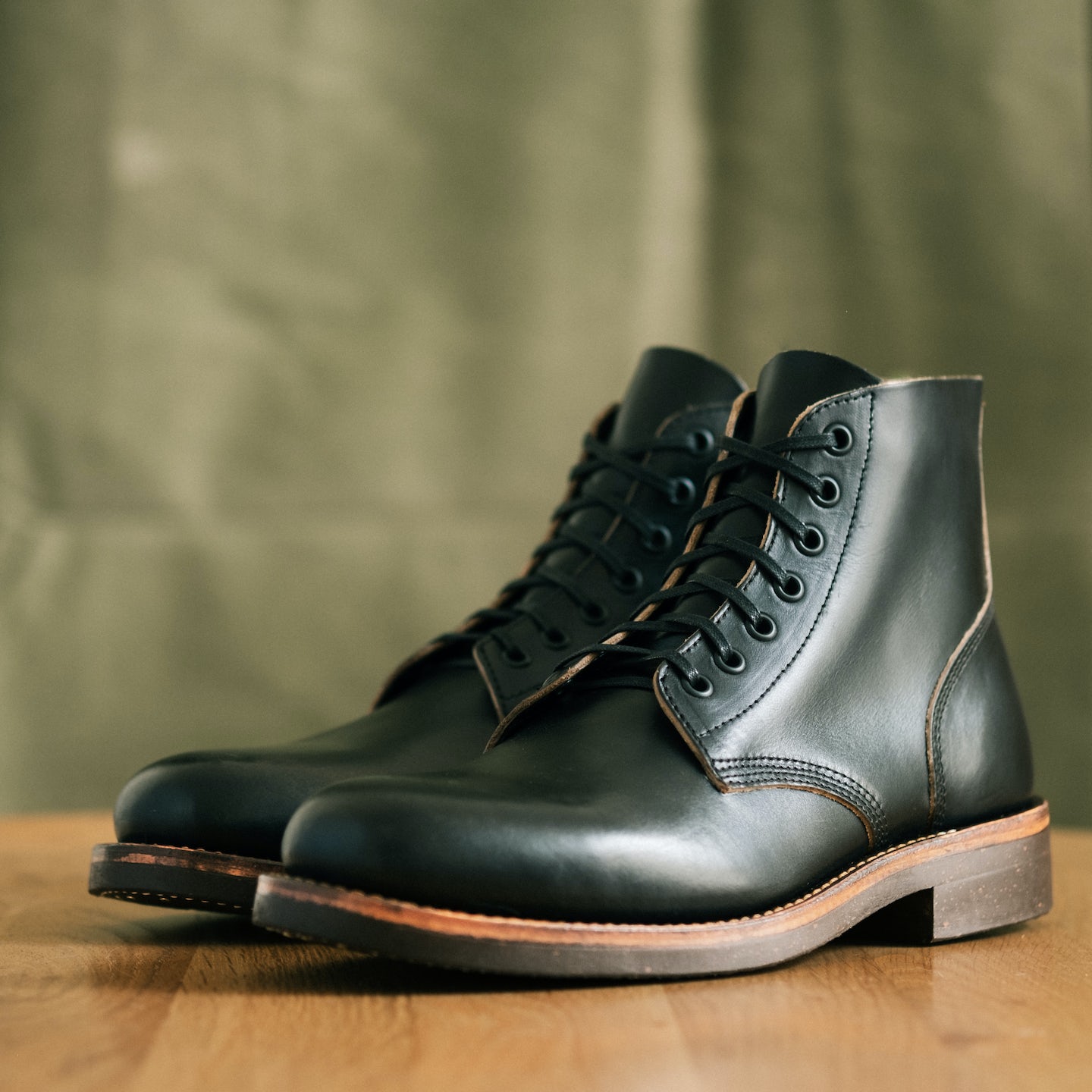 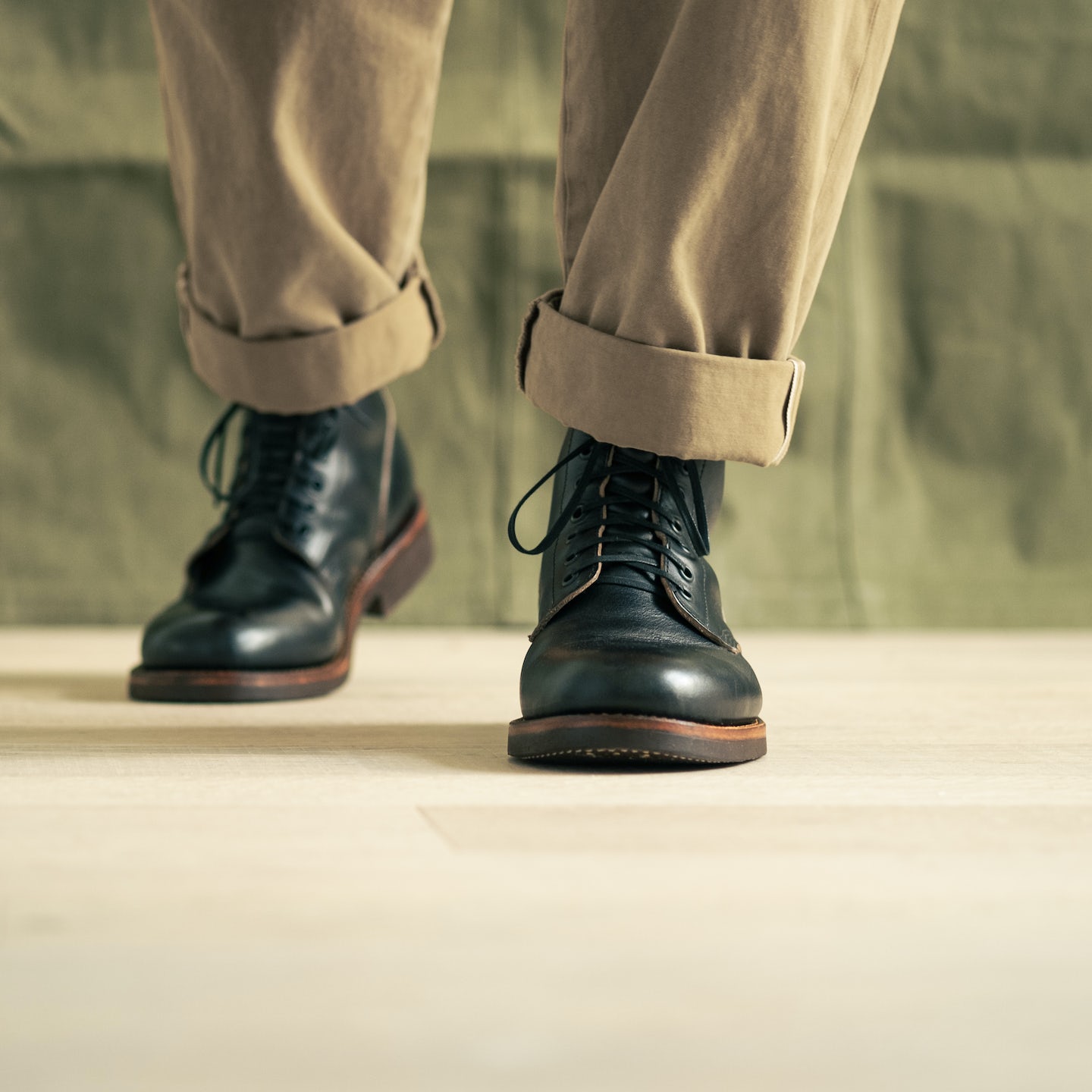 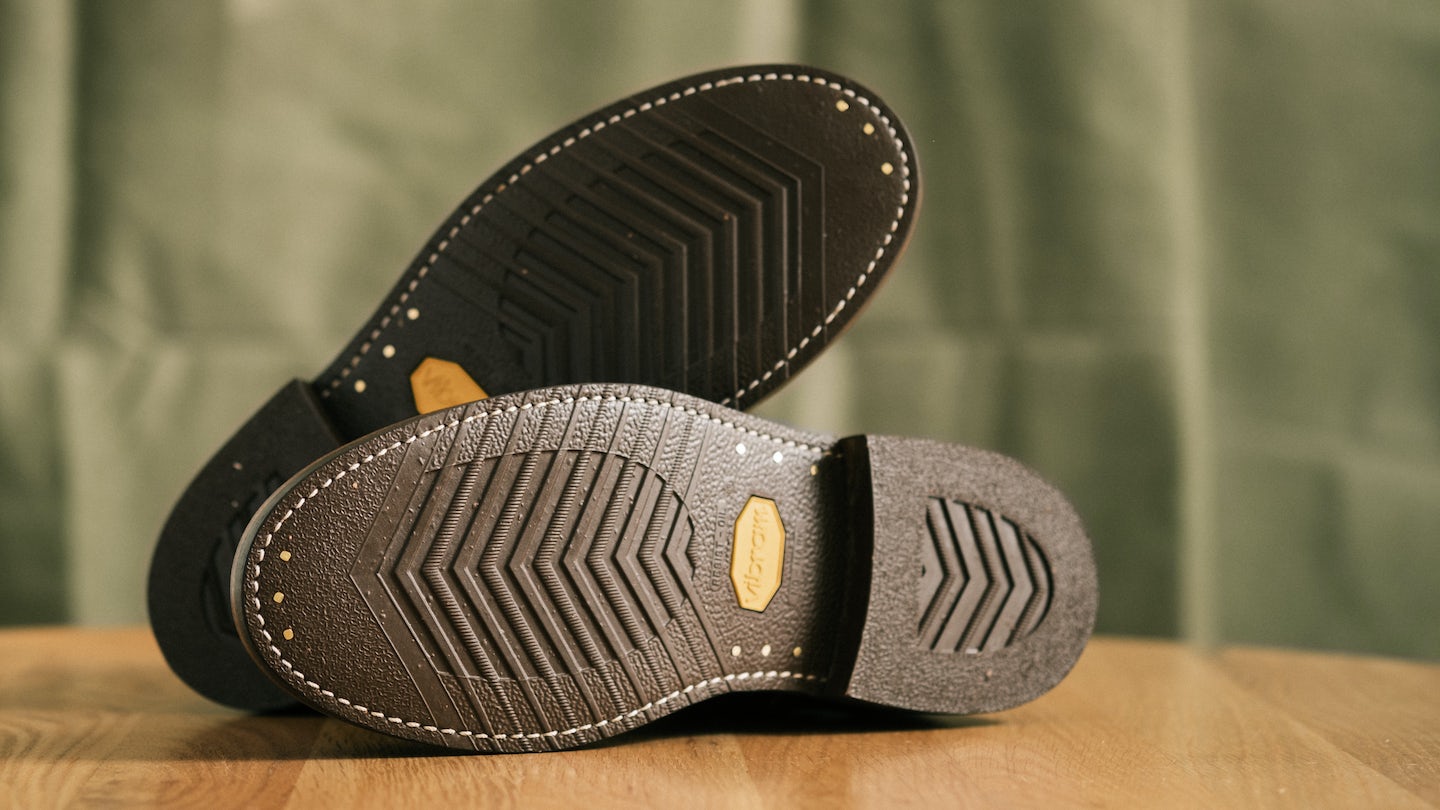 A Faithful Rendition of the Specification with Details Finished by Hand

<div class="on-the-fly-container"> <div class="on-the-fly-box"> <img src="https://osb-p.imgix.net/catalog-gallery/osb-field-boot-natural-chromexcel-roughout-vibram-700-cork-sole-y2.jpg" alt="Field Boot - USN N-1 Boondocker - Made in USA"/> <h3 class="extended">Horween®<br>"Marine Field Shoe"<br>(Chromexcel Roughout)</h3> <p>Whoever authored Specification 72-S-2 was being either polite or simply compliant with contractor protocol when he listed "chrome tanned, flesh side out, natural cowhide...chromium-sulfate tanning process to increase leather's resistance to water." A specific tannage had already been requested by the Navy—the same used for the "Marine Field Shoe" which served as a de facto of protype of the N-1. The Marines worked with none other than Chicago's own Horween Leather Company to develop a variant of the Chromexcel® tannage specifically for roughout.</p><p>This tannage was assigned the utilitarian moniker "Marine Field Shoe" which is how it appears on Horween invoices to this day. Our Field Boot is available in "Marine Field Shoe" by the name "Natural Chromexcel Roughout" as well as Natural Chromexcel and Black Chromexcel, which were both used by the Army and Navy for later variations based on the N-1.</p></div><div class="on-the-fly-box"> <img src="https://osb-p.imgix.net/catalog-gallery/osb-field-boot-natural-chromexcel-roughout-vibram-700-cork-sole-y1.jpg" alt="Field Boot - USN N-1 Boondocker - Made in USA"/> <h3 class="extended">USA-Made<br>Vibram®<br>Cork Sole</h3> <p>Specification 72-S-2 calls for a sole made from reclaimed rubber soles infused with cord, known as "cork" soles. Due to wartime supply shortages, N-1 soles varied in quality, with some bearing the marks of reputable makers such as Goodyear® while others were cobbled together with no markings other than rudimentary tread by inexperienced but enterprising firms.</p><p>Our Field Boot uses the best cork sole still made in the USA in the style of those used by the N-1: Vibram's non-marking, oil-resistant workhorse, infused with nitrile cork and stabilized with a steel shank and natural cork footbed for durability and comfort without compromise. Each sole is paired with matching Vibram 700 heel. Like Most N-1 boots, the Field Boot sole is further secured with hand-tapped brass tacks.</p></div><div class="on-the-fly-box"> <img src="https://osb-p.imgix.net/catalog-gallery/osb-field-boot-natural-chromexcel-roughout-vibram-700-cork-sole-y3.jpg" alt="Field Boot - USN N-1 Boondocker - Made in USA"/> <h3 class="extended">270° Goodyear Welt<br>Unspecified but Ubiquitous</h3> <p>There are any number of reasons by nearly all N-1 Boots were constructed with a 270° Goodyear Welt rather than the 360°. It may have been to use as little thread as possible, or simply because the sample N-1 boot shown to manufacturers had such a welt, or, our favorite theory, that the 270° welt was yet another example of the particularly strong personal preferences of one General Douglass MacArthur. We can definitely rule-out one potential reason, however: the 270° welt was not a requirement of the specification—nor was any particular type of welt. Nonetheless, as far as we know, every N-1 that saw combat and survived the trip home features a 270° welt. No matter the reason, the 270° welt is ubiquitous among surviving N-1 boots and, as far as we're concerned, every bit as essential to the specification as anthing actually specified therein. The 270° welt on our Field Boot is home to another unspecified, but far less common, feature: edge stain, which helps the welt resist moisture while visually harmonizing with the brown cork sole.</p></div></div><style>.on-the-fly-container .on-the-fly-box p{font-size: 120%; line-height: 150%;}.on-the-fly-container .on-the-fly-box h3{font-size: 120%; margin: 4rem; line-height: 180%;}.boxed h3.extended{margin-top: 4rem; line-height:4rem; font-size: 130%;}.boxed h4.expressive{margin-bottom: 6rem; line-height:4rem; font-size: 130%;}</style> 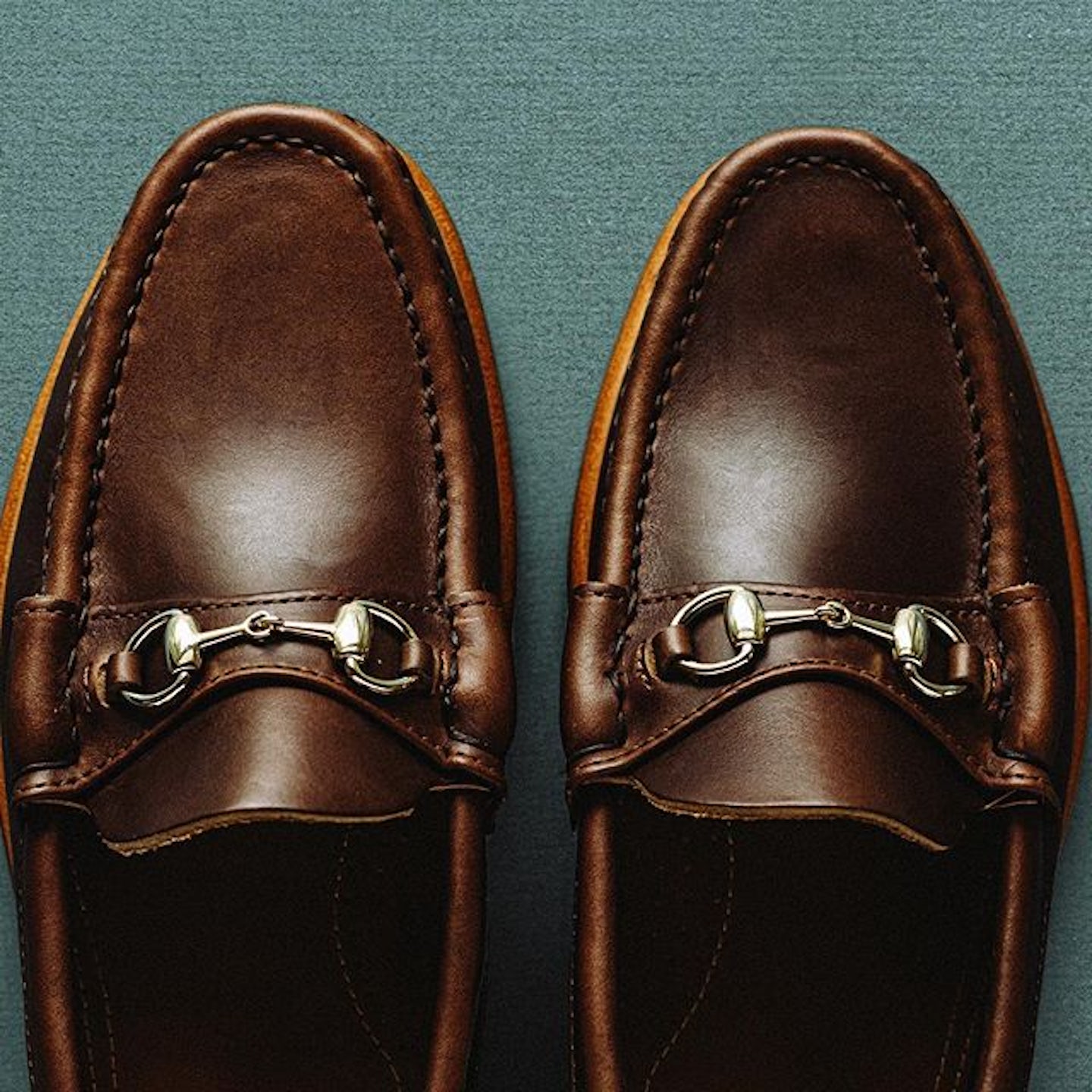 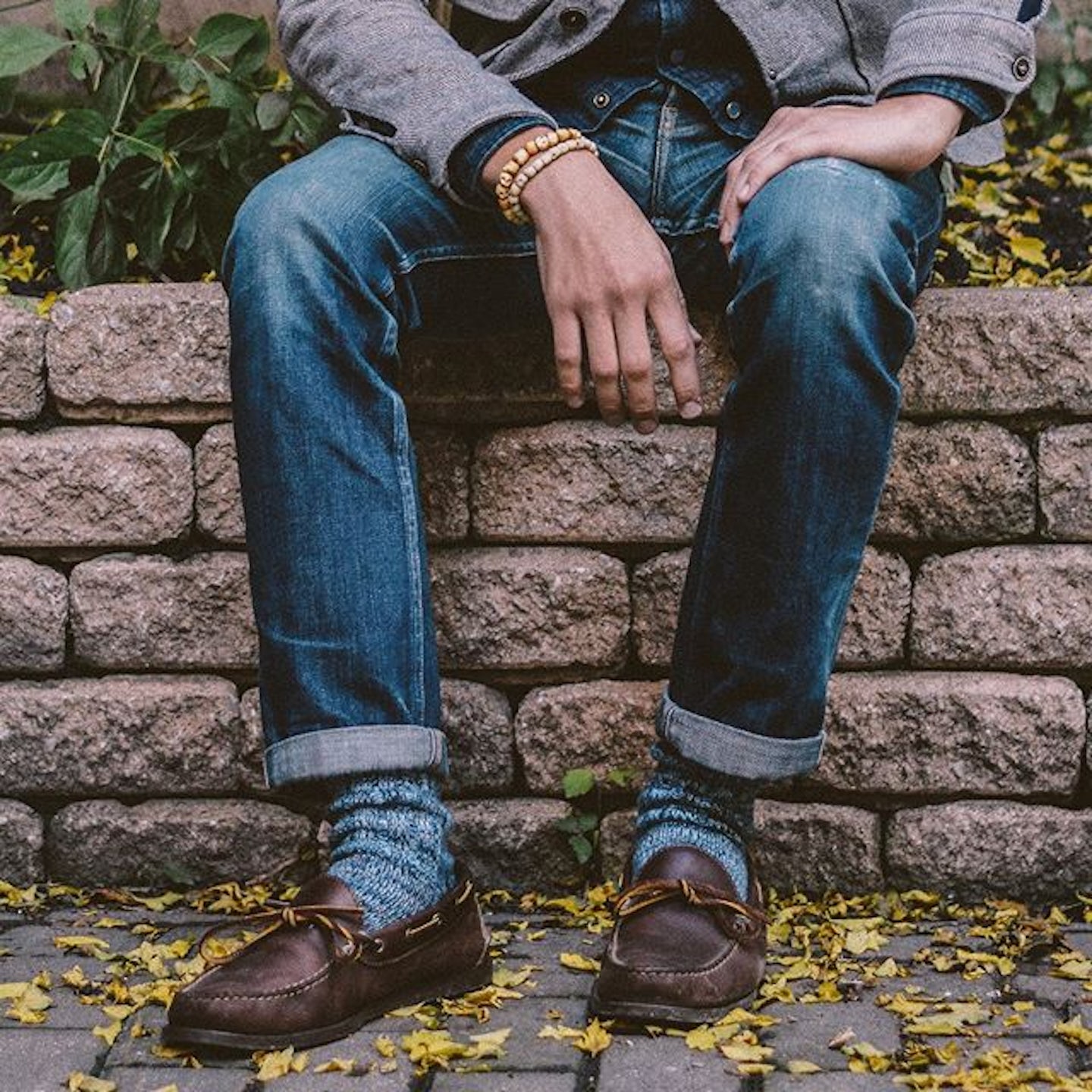 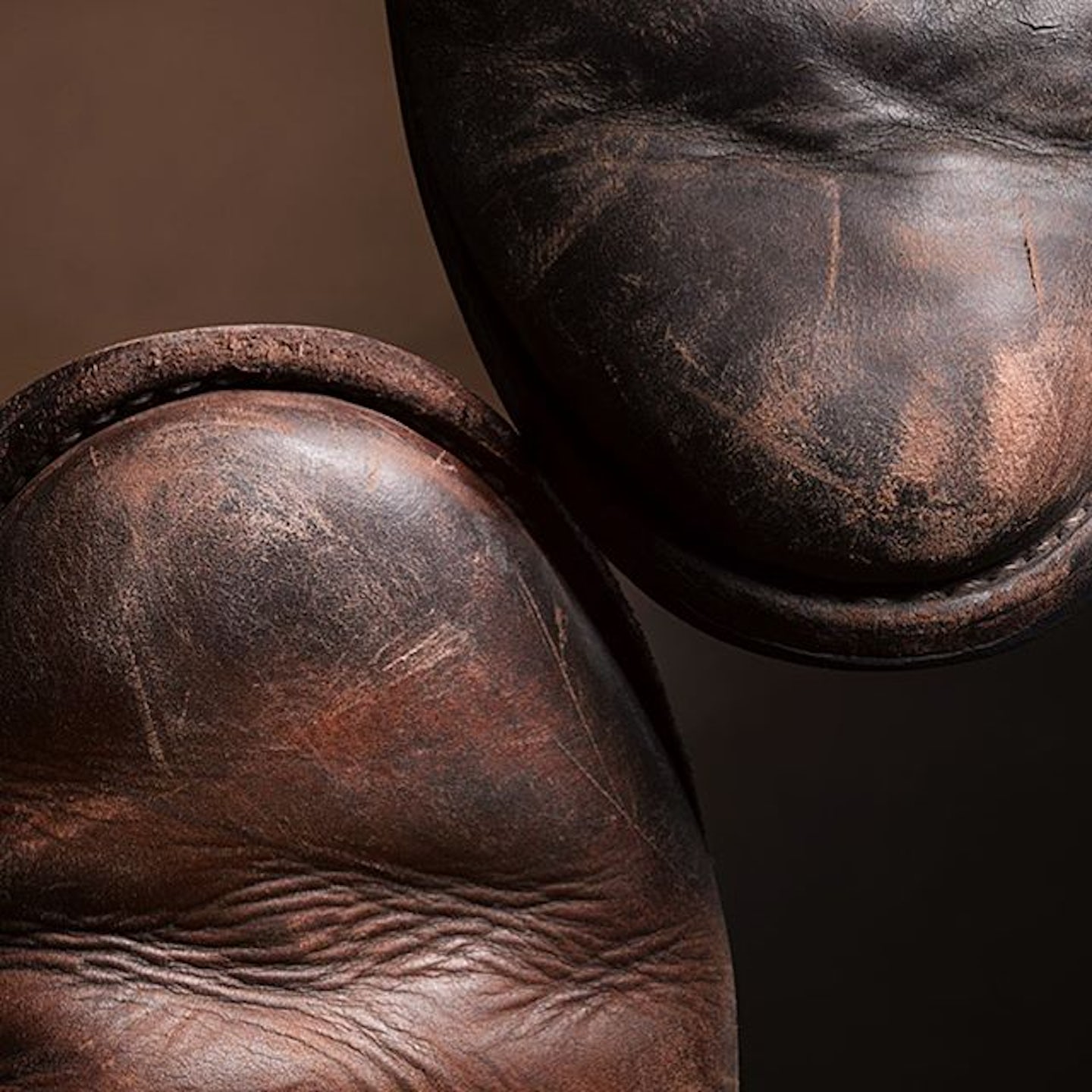 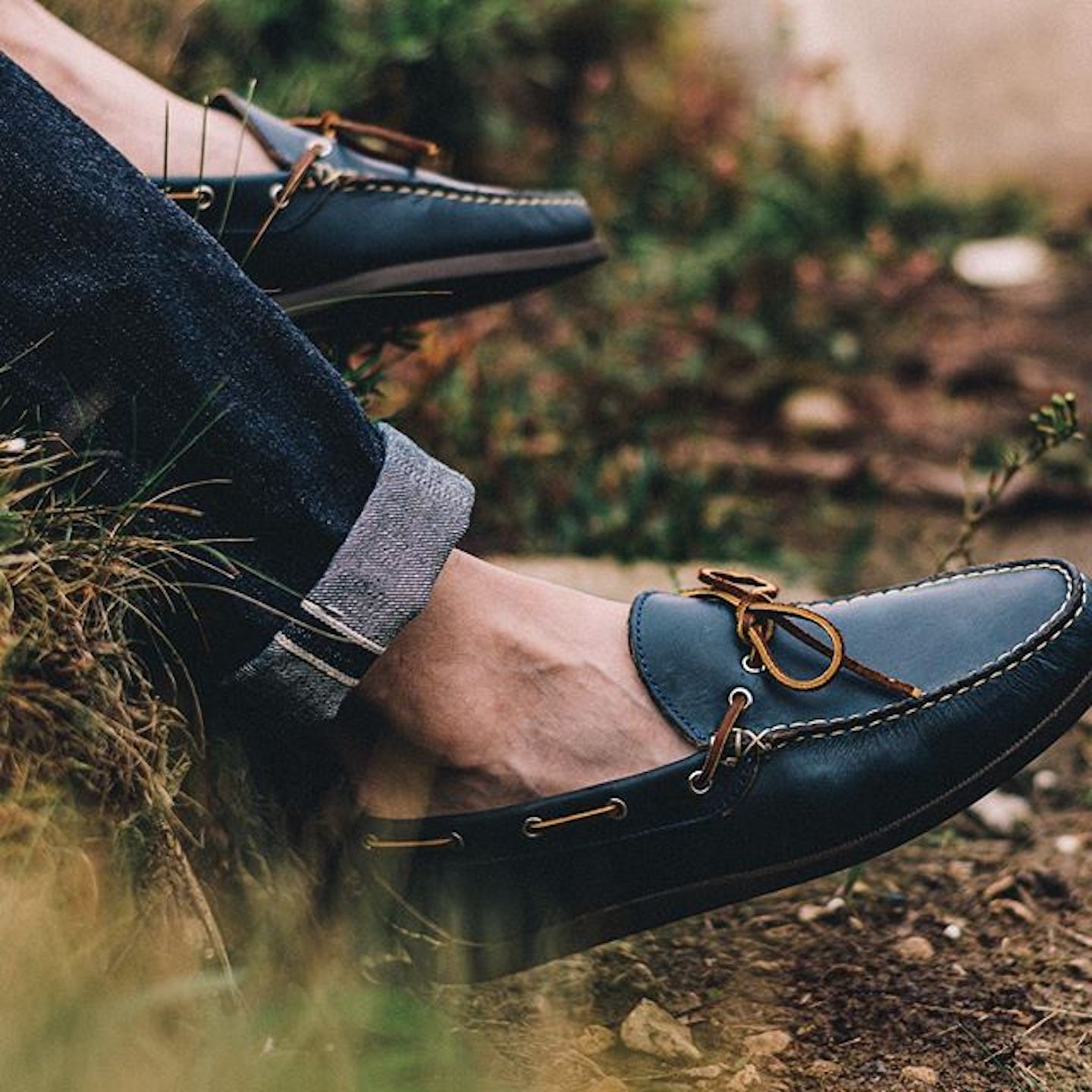 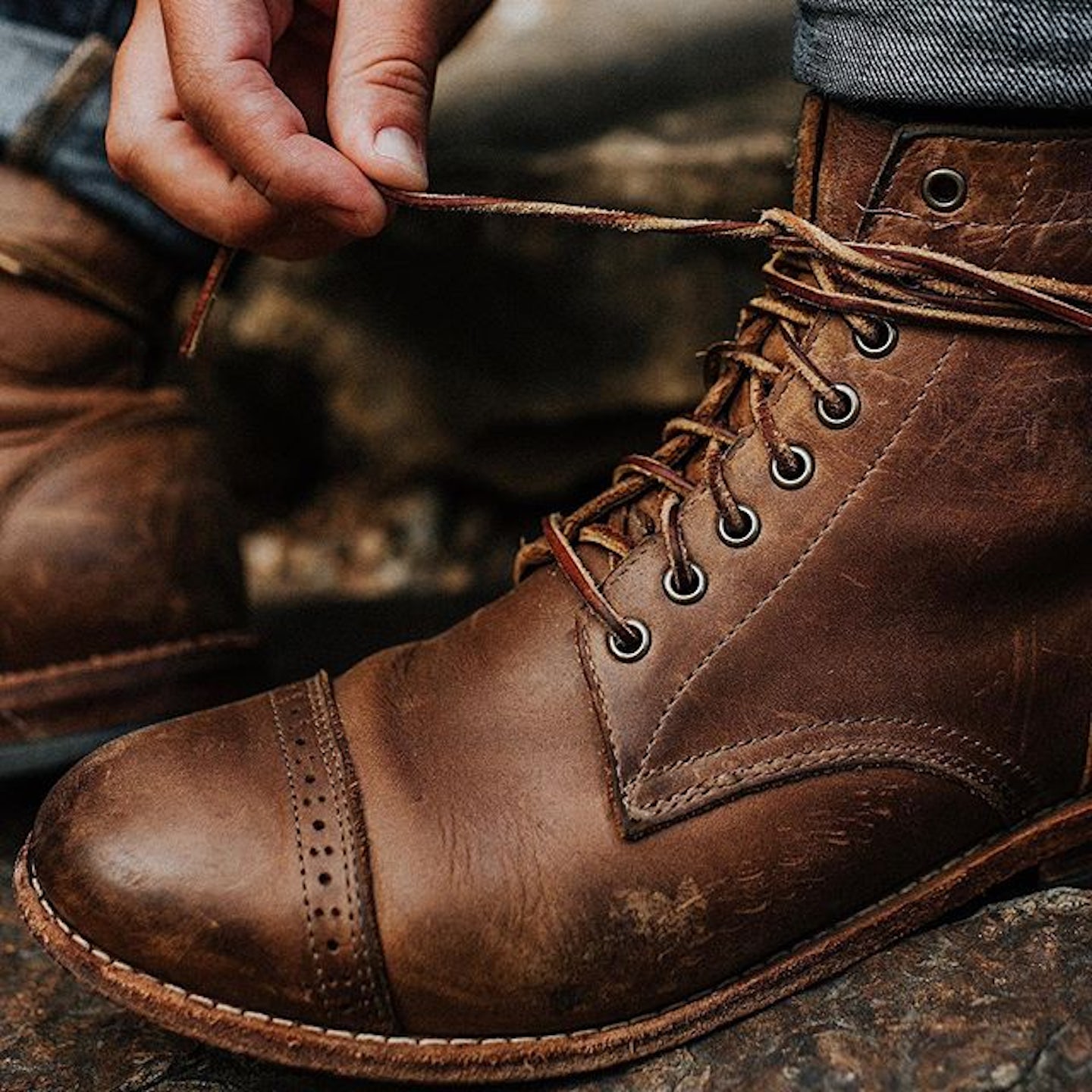 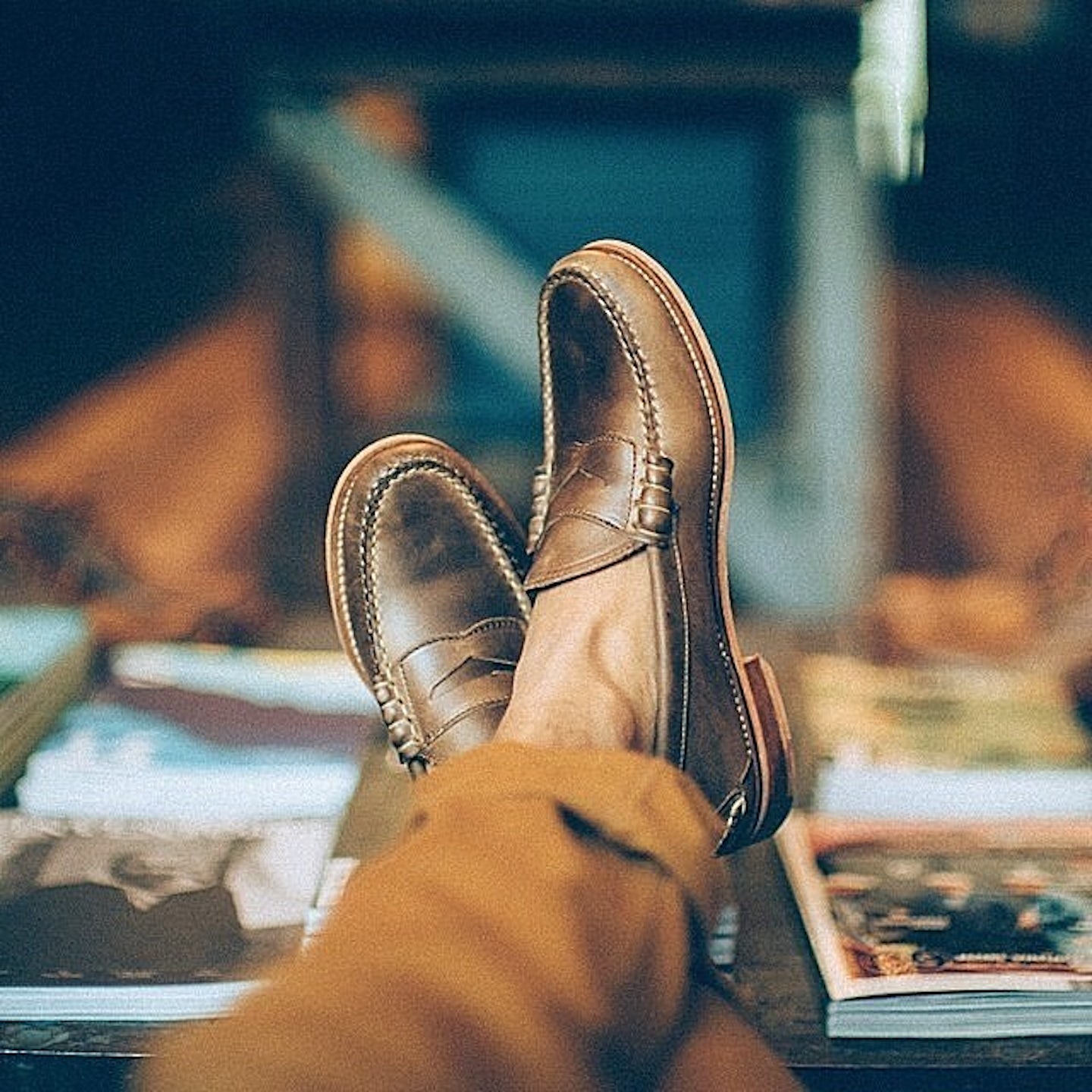